Determining the cause of death can be one of the cremation services offered in Burtonsville, MD. When elderly people die, autopsies are seldom performed, unless there is some external evidence that they died an unnatural death. However, when younger people die suddenly, it is very common for autopsies to be performed to determine the cause of death.

As the COVID-19 pandemic sweeps across the United States and the rest of the world, the working premise of health care professionals is that older people, especially those with other health conditions, are more likely to develop the worst symptoms of COVID-19 and to die from them.

That makes sense from a scientific standpoint. However, as the pandemic continues its march across the world, more and more cases of young healthy people contracting COVID-19, developing serious symptoms, and dying from it are emerging.

Consider 30-year-old Ben Luderer of New Jersey. His wife and he both were infected with COVID-19. His wife had some mild symptoms and got better. Ben’s symptoms were mild at first, as well, but on Friday, March 27, 2020, they suddenly became serious enough that Ben decided he needed to go to the hospital.

Ben’s wife drove him to the emergency room. While she waited in the car (because no visitors were allowed into the hospital), Ben received oxygen, fluids, and Tylenol. He was sent home later that night with the instructions to “Keep doing what you’re doing.”

By Sunday, Ben began to feel better and looked like he was over the hump of the worst of the symptoms of COVID-19. He got up and he ate dinner for the first time in days.

However, within a few hours, Ben’s serious symptoms returned, including profuse sweating and difficulty breathing. His wife asked Ben if he needed to go back to the hospital. Ben said he wasn’t sure.

Ben and his wife were sleeping apart in line with quarantine protocol, but they texted back and forth from the bedroom, where Ben was, and the living room, where his wife was. They worked on getting Ben’s breathing regulated and getting his raging fever under control.

Ben finally was able to go to sleep. His wife fell asleep listening to the now-rhythmic sound of Ben’s breathing. When she woke up at 2 a.m., she checked on Ben and his breathing seemed normal and unlabored. However, when she awoke at 6 a.m., she didn’t hear Ben breathing. He had died in the four hours since she’d last looked in on him.

These COVID-19 deaths have doctors puzzled because there are no underlying health issues or aging concerns that those who they think have a greater risk of dying have.

However, there are some suspects that may be identified as culprits when the virus is better understood. One suspect is a gene variation in the ACE2 gene. ACE2 is an enzyme that attaches to the outside surface of the heart and the lungs, and researchers think that some sort of mutation in this gene may make it harder or easier for COVID-19 to penetrate cells in the lungs. 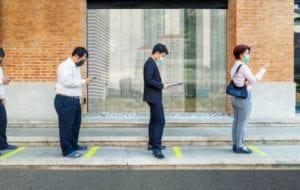 These are just two of the unknowns about COVID-19. There are many more. With time, answers will come. Until then, stay safe.

If you want information about cremation services offered in Burtonsville, MD, you can talk with our expert staff at Donald V. Borgwardt Funeral Home, P.A.

We stand ready to assist you. If a death has occurred, please call us on the number below: